To ethically mine crypto we need to use renewable energy 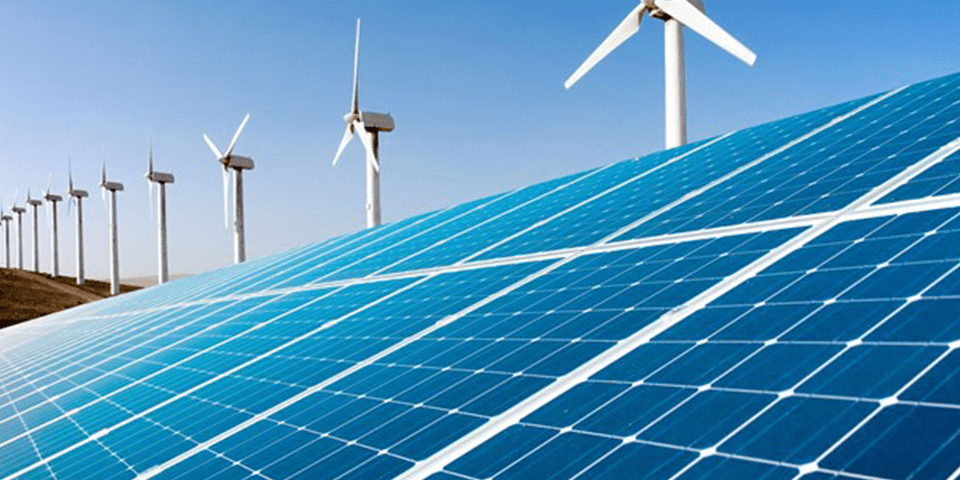 If you have access to the internet, have read a newspaper, or have even passed a television in your gym recently, you have inevitably encountered the claim that blockchain has the ability to drastically change the world.

Blockchain technology and its most popular cryptocurrency, bitcoin, have been called of equal importance to the internet, capable of transforming businesses, government, and social interaction: the entire fabric of modern society. The enthusiasm—and the hype—are both inescapable and infectious. The assumption behind the enthusiasm is that blockchain and cryptocurrencies will change the world for the better. And perhaps indeed they will; I myself am optimistic. The technology can enable democratized access to services such as medical care, financial services, and energy. As a crypto investor, this is the vision I hope to help realize.

But there is a darker side to the technology and the industry. We must recognize and address this danger soon, or else we run the risk of undoing decades of social and environmental progress. This threat is the immense energy consumption and potential climate impact of the blockchain and its two leading currencies, bitcoin and ethereum.

While we have yet to see a clear consensus regarding overall energy intensity, we do know that it is extraordinarily high. A recent New York Times article offers the following sobering estimate:

“The computer power needed to create a single digital token consumes at least as much electricity as the average American household burns through in two years, according to figures from Morgan Stanley and Alex de Vries, an economist who tracks energy use in the industry.”

The same article says that the computer network utilized to power the bitcoin network consumes as much energy per day as some medium-sized countries do each day. On a more granular level, Alex de Vries, an economist who tracks energy use in the industry, estimates that each individual bitcoin transaction “currently requires 80,000 times more electricity to process than a Visa credit card transaction.”

These are eye-popping claims. Even the founder of ethereum, Vitalik Buterin, has voiced alarm about the climate impact of the network he himself pioneered and is working to advance less-intensive network practices. “I would personally feel very unhappy if my main contribution to the world was adding Cyprus’s worth of electricity consumption to global warming,” he said in an interview with the New York Times.

Buterin is right to be concerned: We are facing a potentially exponential global energy increase from an industry that arose less than a decade ago and is growing at light speed. Due to the design of the underlying protocol, as the industry continues to explode and more and more transactions are conducted on the blockchain, each individual transaction itself becomes increasingly energy-intensive to compute.

A bit of background may prove helpful. Bitcoin, a cryptocurrency, is a part of something called a blockchain. So are other cryptocurrencies such as ethereum and litecoin. Blockchain is a list of transactions maintained by a community of users, rather than a central authority, which records transactions across many computers. The process of writing new blocks in the blockchain is called “mining.” Cryptocurrency “miners” unlock new coins while simultaneously protecting against fraud by adding a new block to the chain.

This process makes the fundamental architecture of the ecosystem energy-intensive and environmentally unsustainable. According to the bitcoin energy consumption index, the digital currency already consumes 0.15% of the world’s energy and far exceeds the electricity consumption of Ireland or of most African nations. That is a lot of energy. While less energy-intensive changes to the underlying protocol are on the horizon, they will not occur overnight, and there is little certainty that they will be adopted.

According to the 2017 US Energy Information Association report, global energy demand is projected to grow by 28% by 2040. Adding another quarter of the world’s energy production in two decades is a daunting enough challenge as is without accounting for an entirely new, supremely energy-intensive industry. Worse, the International Energy Agency estimates that in 2017, 17% of the world’s population was still without access to electricity, and 38% were without clean cooking facilities.

How do we reconcile this? Blockchain proponents argue that the technology will democratize access to these basic services by removing the control of centralized institutions and putting the self-determining powers of commerce and development in the hands of the common person.

But will it? And when? And, most importantly, at what immediate cost to the climate?

We’ve made too much climate progress in recent decades to risk undermining our collective carbon-reduction efforts for an industry that, despite all its future promise, is at present speculative and experimental. The potential environmental and social cost is far too high. We are all familiar with the urgency around our present rates of global warming and the difficulty transitioning to clean energy, so we do not have the luxury of deferring any cryptocurrency consumption questions to a later date.

It’s therefore imperative that we use renewable energy to supply the consumption needs of the growing blockchain ecosystem. There are a few tools we have at our disposal to address this issue head-on.

As is often pointed out, blockchain computation (and the server farms that power them) are distributed: Processing can be conducted from anywhere and is not tied to given geographies or jurisdictions. Coin “mining” is profitable and requires bulk processing power, so for developers and miners, there is a strong economic incentive to locate where energy is cheapest.

But it’s not just about price—it should be about the environment, too. In the very near future, I hope to see public pressure or private incentives to locate computation when energy isn’t only cheapest, but also cleanest. In the past, this has led to developments like the Facebook hydroelectric data center in the Arctic, where the location in the typically cold town of Luleå uses large fans to pull in the outside air to naturally cool the thousands of warm servers that line the center’s broad hallways. A dozen hydro-electric plants also operate on nearby rivers, providing a reliable and renewable power source. As a result, the system is 10% more efficient and uses almost 40% less power than traditional data centers.

Similarly, bitcoin expert Andreas Antonopoulos has noted that surplus energy from traditional renewable-energy plants could be harnessed to power blockchain computation. This could offer clean-energy sources another source of potential revenue, effectively turning blockchain computing into a renewable subsidy—a good idea indeed. But while wind and solar energy are wonderful, they’re also famously intermittent; they’re not always available when the wind doesn’t blow or the sun doesn’t shine. “One of the fundamental issues, and potentially environmental costs, of wind and solar technologies, is the fact of their intermittency—they require energy storage in some form or another,” says clean energy expert Caitlin Sparks.

Instead of using renewable-energy plants, we could be using waste-to-energy technologies. Each year, nations generate 1.3 billion tons of waste, which is expected to soar to 4 billion tons by 2100, according to Ede Ijjasz-Vasquez, senior director for the World Bank’s social, urban, rural, and resilience global practice. In the developed world, municipal waste is incinerated or landfilled; both methods are costly, inefficient, and outdated. In the developing world, the situation is worse: Waste is typically open-burned or dumped on land, oceans, and waterways

Thankfully, it is possible today to convert waste (agricultural, forest, even municipal waste) into energy or fuel. And it’s being done in many parts of the world with different technologies: anaerobic digestion, pyrolysis, and, most effectively, gasification. “It’s an obvious triple win, solving the waste, energy, and climate crises in one package,” Sparks says.

As the blockchain industry proliferates, we must harness clean-energy technologies to fuel its growth. Just as blockchain technologies can disrupt outdated, centralized institutions and usher in a new era of distributed processes, the energy plants of the future will likely also be distributed.
Now is not the time to replicate our energy and environmental ignorance of the past. We must deploy solutions that reflect a more thoughtful, sustainable world. We all have a role to play in advocating for a cleaner, more sustainable future, and we are privileged to live in a moment of tremendous potential and transformation. With a little creative thinking and collective will, we can make the blockchain revolution one that everyone can be proud of.